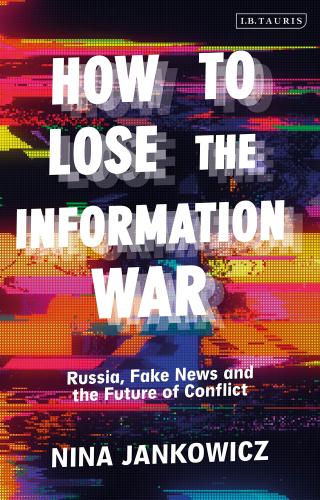 I don't recommend this nonfiction book for the Cybersecurity Canon Hall of Fame.  It is of interest for those who are interested in the history of influence operations in Eastern Europe.

Since the 2016 U.S. Presidential election, disinformation and fake news have entered the public consciousness and have become a topic in nightly newscasts and around dinner tables in the West.  These conversations occur as if disinformation were a new trend; it is not.  Disinformation is as old as warfare and many countries in Eastern Europe have been under a relentless assault of disinformation attacks since the fall of the Soviet Union.  By looking at the history of these attacks, the West could hone lessons learned and better defend themselves.

How to Lose the Information War reveals the history and outcomes of five disinformation campaigns conducted by Russia: Estonia, Georgia, Poland, the Ukraine, and the Czech Republic.  These stories are told through the eyes of the author through her extensive interviews of key figures in each of the victim countries.  Each chapter follows a similar formula.  For each country there is an explanation of the origins of competition with Russia, the method of Russian disinformation attack, and any defensive actions taken along with the results of the disinformation campaign.  These stories are told against the backdrop of how Russia has recently targeted the West with similar attacks.

How to Lose the Information War does exactly what it advertises: it explains how each of five separate countries lost an information war to Russia.  As a history book on recent disinformation attacks, the book does wonderfully.  Interviews with key players are presented in their own words and the exasperation they feel is palpable.  The author does a fantastic job of setting the historical stage and explaining why each country is at odds with Russia, and what Russia and the target countries' motivations were at the time of conflict.  The explanation of how the aggressor was able to exploit social and/or political fissures to insert internal strife in the target in order to achieve its objectives is clear and easy-to-follow.  The aftermath of each conflict and what is gained and lost by each side is well delineated and the gravity of losing such a conflict is clear.  The book is well researched and well documented.

Unfortunately, How to Lose the Information War does exactly what it advertises and precisely no more.  There is no explanation offered on why there has been a significant rise in the number of information attacks.  What changed in the world that made disinformation attacks the weapon of choice over the proxy wars observed during the Cold War.  It is clear that each of the case studies presented ended tragically for the victim, but no explanation as to what could have been done differently is proffered.

Many readers may look for guidance after reading so many case studies of how things have been done poorly.  The final chapter makes some attempt to communicate what may be done.  Unfortunately, this chapter lacks any substance.  While it clearly explains what is at stake for our future if this menace is not dealt with, its recommendation can be briefly summarized as conducting an effort to educate and make citizens responsible consumers of media.  In short, the author points out a horrifying problem and says that someone should do something about it without offering what to do or how to do it.  This serves to leave the reader somewhat dissatisfied and in fear of the future.

Who should read this book?  In short, those working in geopolitics, policy, or law.  Without concrete examples of what should be done and a deeper analysis of how and why previous attacks worked and defenses did not, it will, in and of itself, not  serve to educate the general public.  As a history book, How to Lose the Information War is a worthwhile and interesting read.  It is a book with deep geopolitical questions lurking in the background and would be a worthwhile read for any student that wants to understand how we arrive at the present point in history.

Unfortunately, there are no answers in the book.  There is no analysis or explanation on how social media and current technology enables such attacks.  There is no explanation that many of the technologies most citizens rely on to communicate and most businesses rely to present us with advertisements are a perfect storm for misinformation attacks.