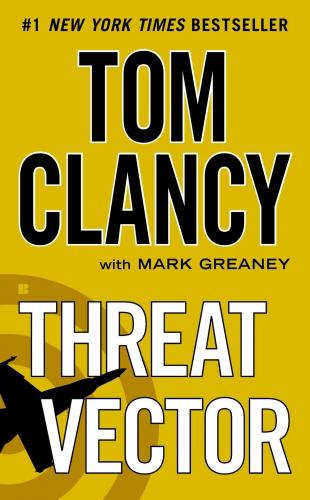 Bottom line: I don't recommend this book for the Cybersecurity Canon Hall of Fame, but it is an excellent novel that gets the cybersecurity details right.

I’m a retired Army veteran who grew up reading Tom Clancy novels. Soldiers passed around “The Hunt for Red October” and “Red Storm Rising” because they were thrilling adventures but also showed understanding of how the military works. They were pro-military and pro-service-to-the-nation. Clancy pretty much invented the techno-thriller genre, or at least put it on the map. As a soldier, it felt good to imagine yourself in a Tom Clancy world.

He and his collaborators have gone on now to publish scores of these kinds of novels; too many to count. “Threat Vector” caught my eye because “cyber” plays a pivotal role in the story and they largely get the cyber right. Jack Ryan Jr. is the main character in the story and he’s the son of Jack Ryan Sr., who’s the President of the United States (in the previous Clancy books, Jack Ryan Senior was the main hero).

Many times, novelists wave their hands at cyber in a "Deus ex machina” kind of way to move the story along. For example, a bad guy breaks into the NSA by magically guessing the NSA’s password, which is “password.” That is unlikely to happen. I call that the “Harry Potter” cyber. In this book, however, Clancy and Greaney paint realistic scenarios of how “cyber" might be used by government espionage entities to spy on each other and by the military in acts of war.  Some examples include:

"Threat Vector" is typical spy-thriller stuff. China threatens to take control of Taiwan and the U.S. objects. For me though, the fun was riding along with how the authors think nation-states will use cyber in future conflicts. “Threat Vector” is not hall of fame material, but if you want a great beach read where the authors get the cyber right, this is a good one to take with you.