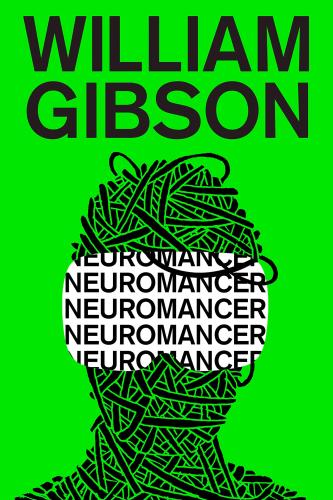 Gibson invented and clarified the language that we are still using today ten years before it became mainstream. He coined the word "cyberspace," launched the "cyberpunk" genre, pontificated about "the singularity," guessed (correctly) that "hacktivism" would be a thing, and understood that we would need a form of " search" long before any of us even knew how vital Google and similar services would become. You should have read this by now.

Gibson is credited with one of the best ever opening novel lines:

“The sky above the port was the color of television, tuned to a dead channel.”

Literary critics subsequently tagged this novel as the “quintessential” work in a new genre called cyberpunk. Gibson himself chafes a bit at that label, but it may be that label that got security geeks interested in the book in the first place.

Scholars categorize cyberpunk as stories written in a near-dystopian future where technology is advanced, governments have withdrawn in potency to be replaced by corporations, and man-machine interfaces and cyborg beings are the norm (think Blade Runner if you are having trouble getting your head around the concept). Sci-fi writers invented cyberpunk when they realized that there might be another path to the future besides the one advertised by Star Trek and Star Wars, one that is not as pristine and humanitarian as, say, Ender’s Game. Cyberpunk worlds always have some grit to them: sex, drugs, and rock and roll.

But I don’t think cyberpunk itself is the draw for security geeks. The draw, in my mind, is a combination of elements that is consistent in popular geek entertainment today.

The main Neuromancer character is Case, a world-class hacker, referred to as a cowboy in the book, who has fallen from grace. The government caught him doing something stupid and, through surgery, made it impossible for him to ever connect to the Internet -- “jack” into “cyberspace” -- again.

The story opens with Case on his last leg, hustling the streets of Japan for drug and booze money, cigarettes and if he had anything left over, food. He is literally days away from expiring. Through a series of random meetings that the reader does not understand until midway through the book, Case gets a chance at redemption.

He ends up joining a misfit team: The Leader, Armitage (ex-military); The Assassin, Molly (a beautiful cyborg); The Techie, Finn (a prototypical scrounger); and The Mentalist, Peter (a psychopathic mind bender). Case completes the team as the resident cowboy. The leader seems to have unlimited funds at his disposal and pays to reverse the process that prevents Case from jacking in (and pays to have his kidneys amplified so that his body cannot process drugs either – bonus!). The reader is never really sure what the team’s ultimate objective is until close to the end of the story, but along the way we get plenty of Kung Fu between the assassin and every bad guy we meet, love-making between the hacker and the assassin, and a verbal description of what it means to hack that is eerily similar to how modern computer gamers play today.

What’s not to like? Why wouldn’t the cybersecurity geeks of the world love a story where the loser-hacker can win the girl, hack for a greater good, be critical to a super-ninja’s purpose, and ultimately be the hero in the story? The cyberpunk elements make the story fun, but the hacking-copulating-jujitsuing elements make the story soar, at least to a geek like me.

The story itself is really about the incipient moments before “the singularity,” that moment when an artificial intelligence, a software program, becomes sentient. You know what I am talking about. This is a standard sci-fi trope today probably best known in the Terminator movies when Skynet goes online and decides that humans are no longer needed. In Neuromancer, the singularity is still a relatively new sci-fi idea, and the reader discovers that the power behind the leader is really an artificial intelligence called Wintermute. Wintermute is a subprogram working for a larger artificial intelligence called Neuromancer.

Gibson invents some new culture in this book too, and when I remember that he published it in 1984, I get chills thinking about how prescient he was. Two ideas come to mind. The first is a hacktivist group called the Moderns. Remember that in 1984, the Internet was little more than a white board diagram and some primitive university communications systems. Yet, Gibson had the vision to predict cyber hacktivists – which these days continue to be all over the news -- and described them this way:

If that is not the perfect description of Anonymous, I don’t know what is.

The second idea comes in the form of a personalized search engine Gibson calls the Hosaka. The Hosaka is basically an artificial intelligence that searches the Internet for whatever the user requires. This is not quite what Google does for us today, but it is very close.

I thoroughly enjoyed reading this book. It really is a must-read if you want to understand the cybersecurity culture of today, not only because it is one of the first cyberpunk novels, but also because it is ripping good story that discusses things that cybersecurity geeks like to talk about: kung fu, getting the girl, and making hacking sound fun and exciting. How cool is that?